The latest exhibit at The Journey Museum and Learning Center is a combined exhibition, “11 Degrees of Tatanka” and "Native Soul" from Jerry Fogg, which celebrates Native American culture and the bison. Your museum admission includes the opportunity to see this exhibit!

Get a sneak peek video tour of some exhibit pieces below! 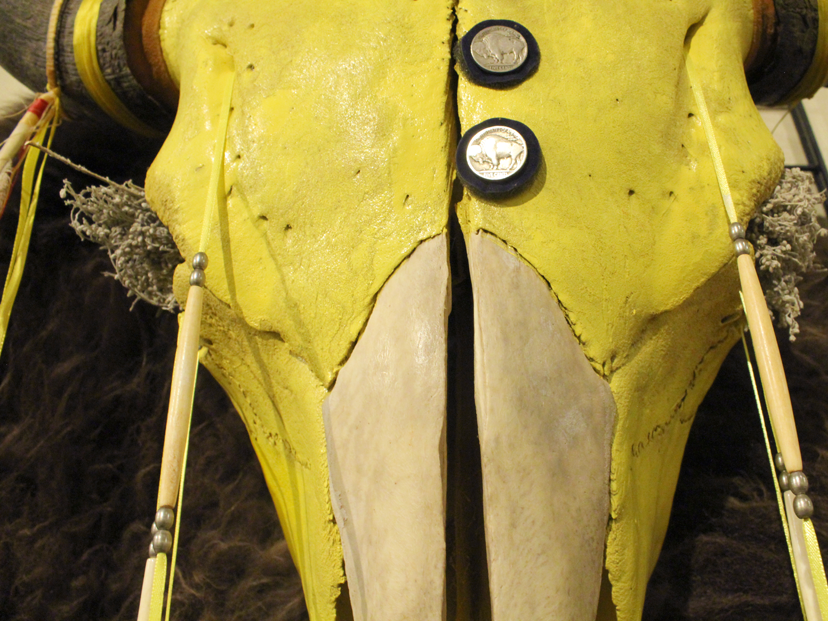 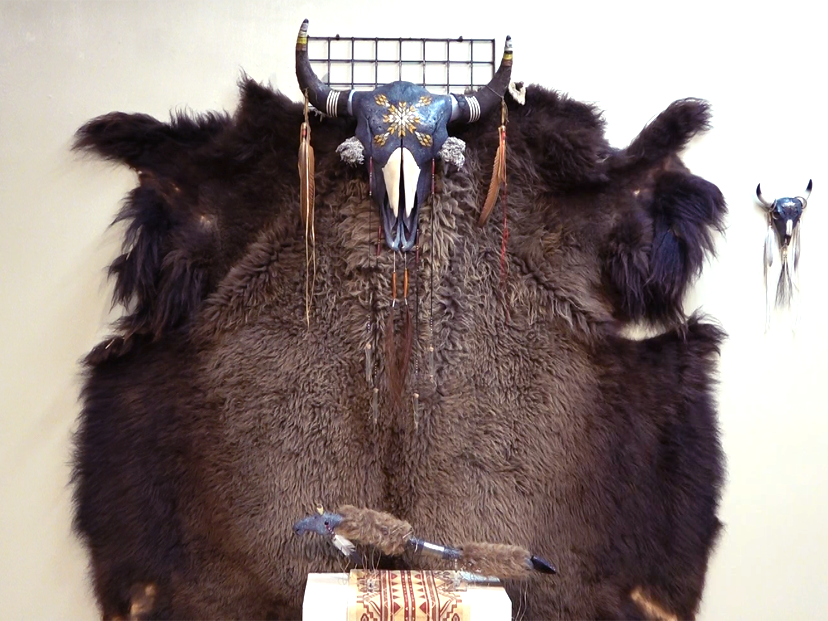 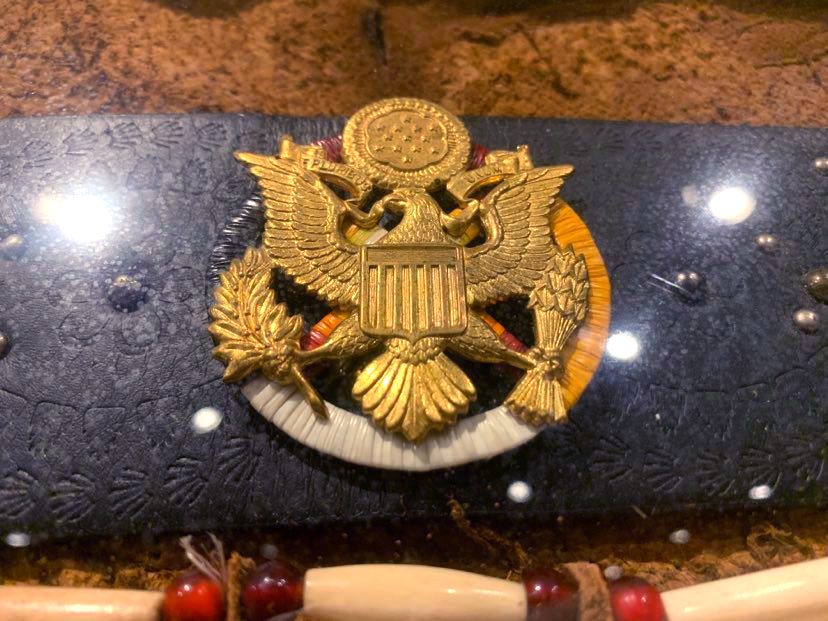 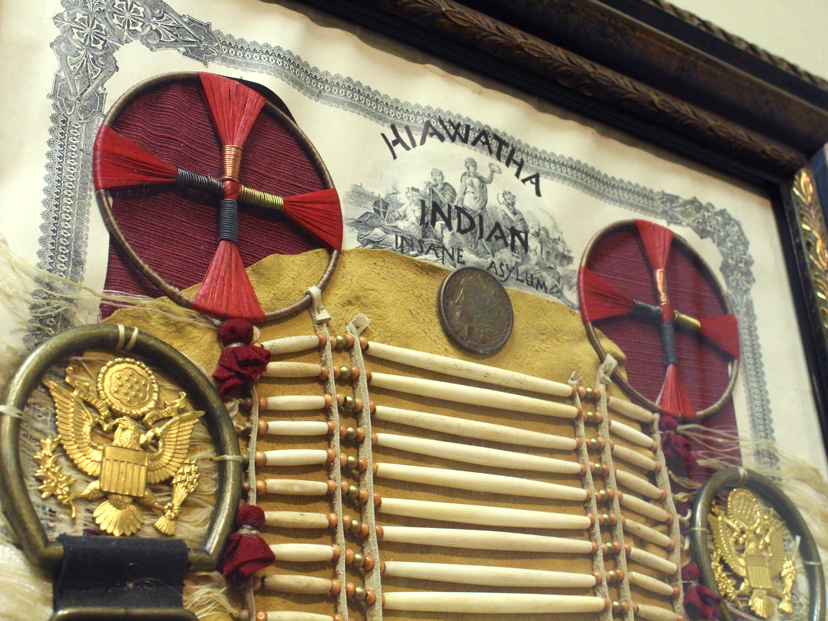 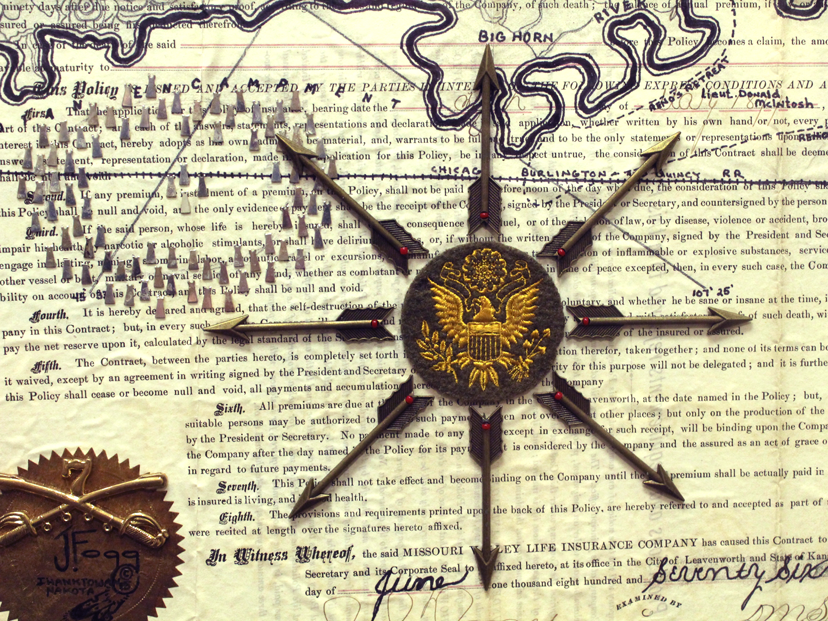 See the full exhibit at The Journey Museum and Learning Center until Oct. 12, 2020!

This special exhibition is featured by the Sioux Indian Museum, administered by the U.S. Department of the Interior, Indian Arts and Crafts Board. A brochure featuring images of the artwork is available here. Some of the exhibit pieces are available for purchase. Please contact The Journey Museum and Learning Center at 605-394-6923.

Jerry Fogg, an enrolled member of the Yankton Sioux Tribe (Ihanktowan Nakota Sioux Oyate), uses his art to teach others about the culture and history of his people.  As a professional artist specializing in mixed media, he uses found objects alongside elements of his own creation such as beadwork and painting.  Together these materials create a complex three-dimensional mixed media work.  Born in Los Angeles, California, Mr. Fogg was raised near Fort Thompson, South Dakota, on the Crow Creek Reservation.  He attended Flandreau Indian School in Flandreau, South Dakota, and Dakota State College in Madison, South Dakota.  He now resides in Sioux Falls, South Dakota.  In addition to his work as a visual artist, Mr. Fogg is the lead singer and percussionist in the rock band Native Soul.

This exhibit presents the complete catalog of Mr. Fogg’s work, including elements of previous exhibitions under the titles of 11 Degrees of Tatanka and Native Soul.  11 Degrees of Tatanka is a celebration of Yanktonia culture and was created by the artist to honor the bison.   Painted buffalo skulls, buffalo hides, and other objects are used to depict traditional elements of Nakota culture, such as the sacred pipe ceremony, the story of White Buffalo Calf Woman, and star knowledge. Also included in the exhibit is a large selection of Mr. Fogg’s mixed media work.  As a mixed media artist, Mr. Fogg uses traditional and contemporary materials in his work, blending the stories of those who came before him with his own.

Inspired by the work of Native American artists Oscar Howe (Yankton Sioux Tribe) and Donald F. Montileaux (Oglala Sioux Tribe), Mr. Fogg first began creating art while in high school.  His early work focused primarily on draftsmanship and those skills continue to comprise his work today.  As a self-taught artist, he developed his signature mixed-media style through the course of experimentation over many years.  He calls this technique “Foggma”.  Early in his career, many art shows did not have a separate category for mixed media work.  As this medium became more commonplace in Native American exhibitions, it eventually became a new category of art.  However, Mr. Fogg felt that this term did not adequately capture the spirit of his work.  By combining elements such as historic maps and ledgers, found militaria items, and pieces of beadwork, quillwork, or painted leather under the glass of a shadowbox, Mr. Fogg weaves together a complex visual narrative in every artwork he creates.  This creative process is fitting since his mixed-media compositions often focus on significant historical events, or on a traditional story or legend of the Yanktonai people.

You can view "11 Degrees of Tatanka" for a limited time with admission to The Journey Museum and Learning Center - $12 for adults, $10 for seniors and FREE for members.

The Sioux Indian Museum, managed by the U.S. Department of the Interior, Indian Arts and Crafts Board, is located in The Journey Museum, 222 New York Street, Rapid City, South Dakota 57701.  For admission fees and hours of operation please call (605) 394-6923 or visit journeymuseum.org.