The Lakotas were the first peoples who inhabited this area. These Native American art exhibits provide the public with an introduction to Native American culture and artistry, both traditional and contemporary.  The collection is composed of materials of high aesthetic quality and includes numerous items of rare historic value acquired from notable Lakota individuals, artists, and artisans.  Today’s Lakota artwork incorporates a diversity of native and trade materials including glass beadwork, porcupine quillwork, hide painting, feather working, wood and pipestone carving and metalworking.  These mediums, as well as some of the traditional forms—decorated garments, ceremonial regalia, personal adornment, and containers such as bags and parfleches—were all developed by the Lakotas during the nomadic hunting days of the early 1800s.

Many of the distinctive tribal styles and lavish surface embellishment in beadwork and quillwork were developed during the early reservation days of the late nineteenth century and the first decades of the twentieth century.  Included in the collection of contemporary Native American arts and crafts is work by the late Oscar Howe, Herman Red Elk, Robert Penn, Sophie New Holy, Emil and Alice (New Holy) Blue Legs, Nellie Menard, and many more. In addition to the Permanent Exhibits, the museum features a series of rotating promotional exhibits featuring contemporary American Indian artists and craftspeople. 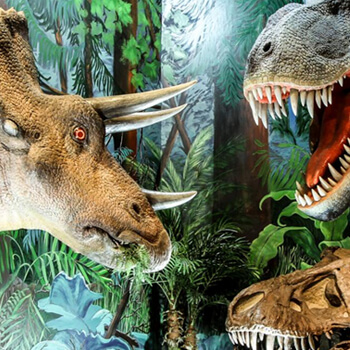 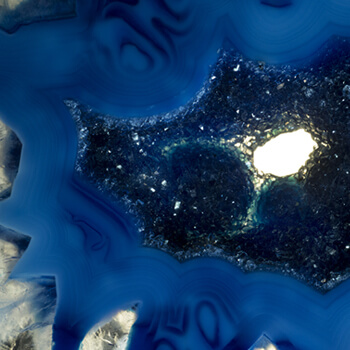 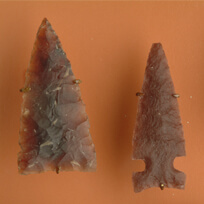 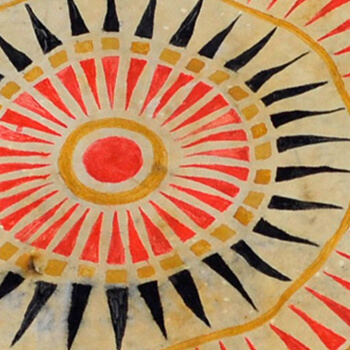 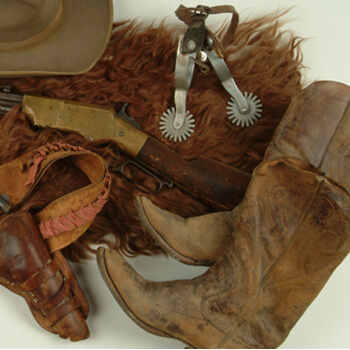